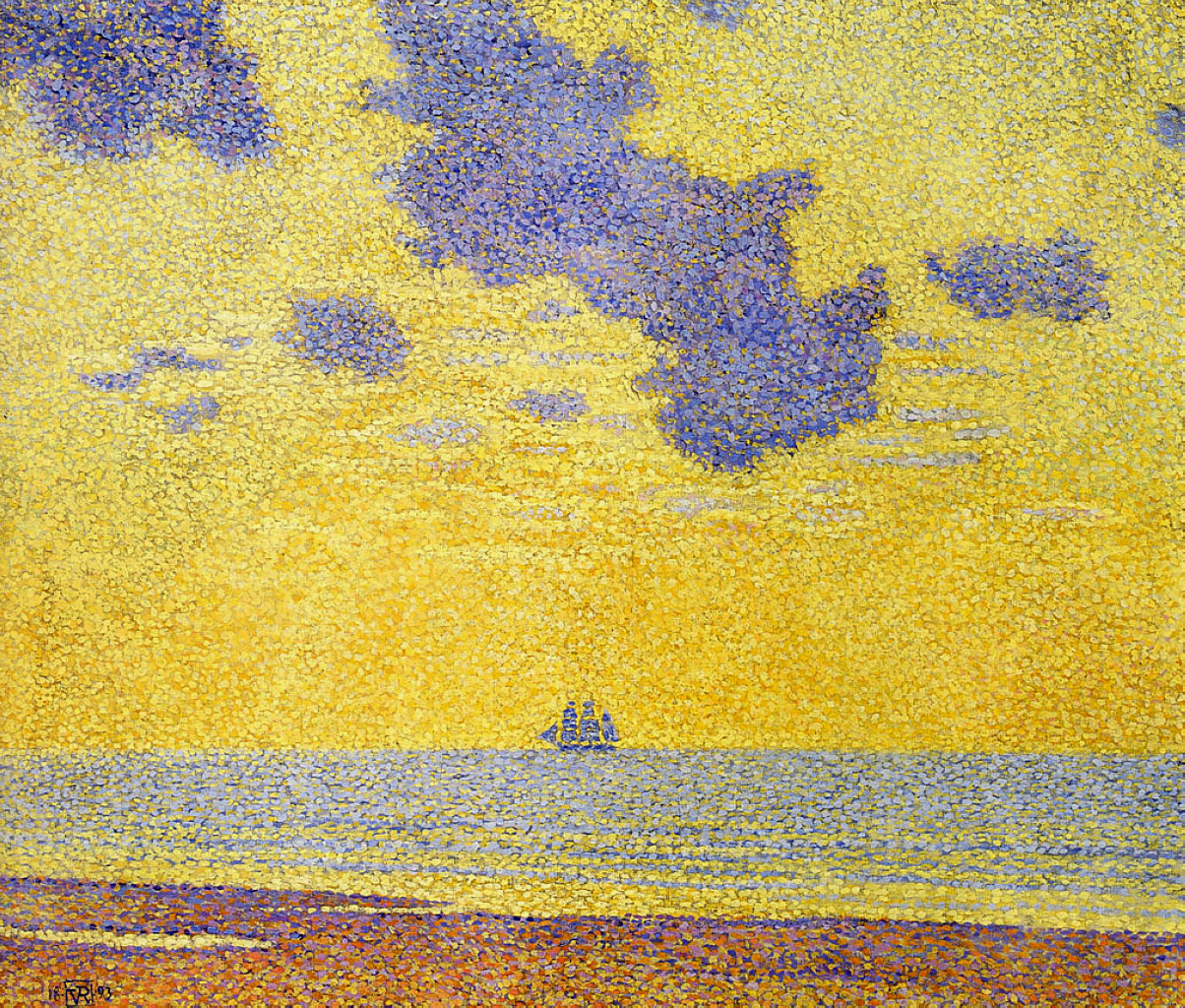 “Big Clouds,” 1893 oil on canvas, by Théo van Rysselberghe.  Image courtesy of the Indianapolis Museum of Art (The Holliday Collection, 79-287).

“Big Clouds” is one of a dozen or so seascapes done by the notable Belgian artist Théo van Rysselberghe (1862-1926).  Beginning in the late 1880s and into the early years of the next century van Rysselberghe abandoned realism and experimented instead with pointillism, a technique that uses dots in a limited palette of colors (in this case yellow, violet, orange and blue) to produce the image.  It’s possible that the ship’s location is off Cadzand Beach, on the Dutch coast very near Belgium, but that’s uncertain, as was the painter’s own title for this work.

My first proposal to my publisher for cover jacket art for Embassy to the Eastern Courts was William Daniell’s A View of the European Factories at Canton, but when I saw Big Clouds, I thought that the image of a lone ship off shore was stunning, and would make a more arresting book cover.  Not irrelevant was the fact that the Indianapolis Museum of Art generously offered to let me use Big Clouds for free and the National Maritime Museum, in Greenwich, asked for a license fee for A View of the European Factories at Canton.

Cover art is a marketing decision, and I lost that discussion, but not especially unhappily.  Daniell’s painting is beautiful (I use another of his works as an illustration in the book) and the exotic, maritime East it depicts has a lot to do with the story I’m telling in Embassy.