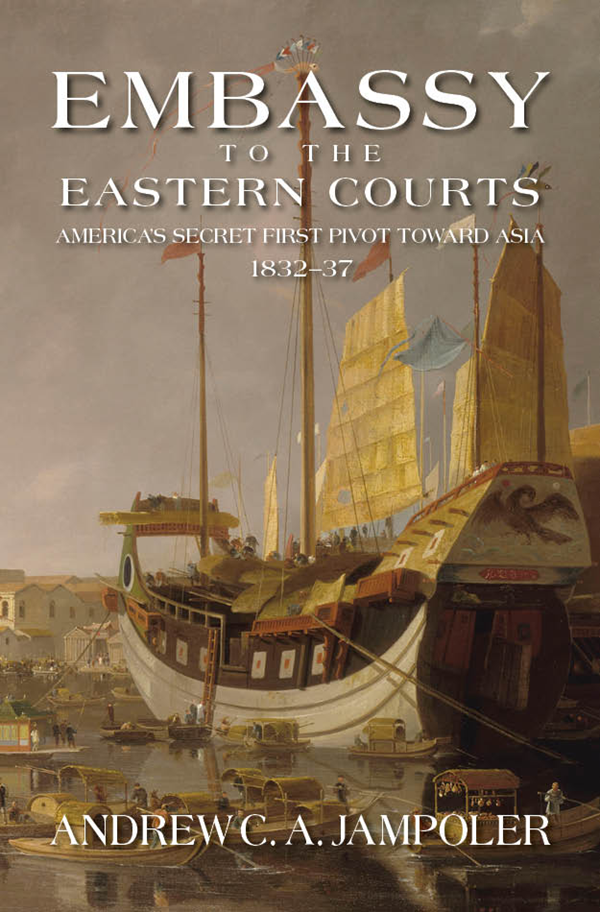 In the aftermath of the Napoleonic Wars and the War of 1812, the U.S. found its merchants and traders locked out of their traditional markets in Europe and the Caribbean.  Hoping for new and profitable American trade, President Andrew Jackson chose an unemployed ship-owner and merchant with no diplomatic experience for a secret mission to negotiate treaties with Eastern potentates in their courts.

Jackson’s agent was New Hampshireman Edmund Roberts.  Roberts’ mission, his “embassy,” was to formalize American trade with exotic places—Oman, Siam, Cochin China, and Japan—on a most favored nation basis, including the accrediting of American consuls in each capital, who could advance and protect American interests and citizens in their host country.

After sailing almost 70,000 miles in five years in the sloop of war USS Peacock, Roberts was successful in negotiating treaties with Oman and Siam, but he failed in Cochin China, and he died in Macau before even setting sail to Japan.  Peacock, first flagship of the Navy’s new East Indies Squadron, forerunner of the U.S. Seventh Fleet, outlived him by only a few years, but his treaty with the Sultan of Muscat endured through the last century.

Listen to Andy’s discussion of the book at the National Archives.